It's time for the Zany Z list. This is the other letter meme I've been meaning to complete. I've got one more meme to do, but it's not a letter one. This one is for the letter Z, as assigned by the always stylish CyberPete, who's currently deciding who will be The Freakin Green Elf Shorts Next Top Model!

Now as I've done these before, the rules stay the same. List the top ten things that you like that start with the letter Z. Z was certainly a fun challenge. So here we go: 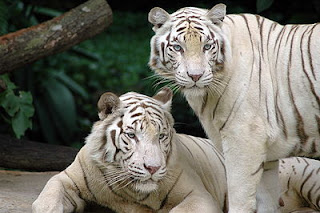 Of course, it's the most obvious and probably one of the best things ever! I luv going to the zoo. I like looking at those wild animals from all sorts of exotic places. And it's not just the lions and tigers and bears, oh my, that are fascinating. I like watching the whales and dolphins and sharks. It's fun to watch them swim about in the water. I also enjoy watching the hoofed animals grazing about. Kangaroos and small tree dwelling mammals are fun to look at, too.

I also like the looking at the birds and reptiles, though the birds habitat usually stink (bird poop) and the alligators usually just sleep or do nothing. Of course, there is the snakes habitat. There's something fascinating and creepy about watching snakes sleeping or crawling. It's really horrifying to realize just how good they are at hiding, camouflaging themselves, waiting in ambush. It's quite disturbing to watch them feed; but who can look away? I'm just glad they're behind a glass enclosure; otherwise, I'd run away really fast, really far.

My favorite animals to look it though are the elephants and rhinos and giraffes. And of course, there are the Zebras. I'd imagine I'm on a safari, tracking their movements. There are just so many awesome animals to look at in the zoo! Now, I know some people argue against fencing in animals that need to be released in the wild. But most of these animals have lost their habitats. Some have been rescued from poachers and illegal pet rings. And I do think that for some of them, the zoo provides the best way to survive and thrive. At least they are being taken care of, not being hunted or starved into extinction.

I would like to ride on a Zamboni! They look so cool smoothing out the ice, so the ice skaters and hockey players don't trip and fall and loose (any more) teeth. I'd imagine it would be a lot of fun driving the Zamboni in the skating rink.

I've always liked this word. It means the highest point, like the greatest ever. In astronomy, it means the point of the heavens directly above the observer. I like that it means the highest point, the very top level, the best. It's something I'd like to achieve, whether it be working on a project or doing something that I like, such as cooking or playing a game or just riding the waves. It's not always possible to reach that level, but the important thing is to try and get there.

4. The Legend of Zelda 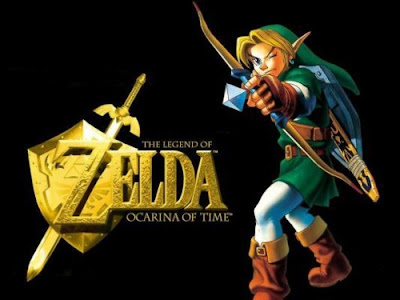 One of the best video games ever! I was hooked on this game series! And that was bad considering I was addicted to video games. The plot, the music, the action and adventure, this game series had it all! I stayed glued to the tv at all hours. I rushed through my homework and chores so I'd have more time to play. I totally ignored my family and my friends who weren't playing the game with me. It was just me and the game controller. I didn't leave the house unless I was forced to go to school or church. I even faked illnesses so I'd stay home and play the game. But eventually, I was busted and part of my punishment was having the game taken away! Nooooooooo!!!!! Cruel and unusual, but it helped break my addiction.

It's another word that I like. It means flavor; it's also the bright outer layers of citrus fruit that add delicious flavor to food. I especially like adding citrus zest to chicken and meats and fish. But my favorite meaning for it is vigorous and enthusiastic enjoyment. It means high energy and fun. I like that feeling. It's also a type of soap. By I prefer it when it means enthusiasm.

And enthusiasm brings me to the Zone! I'm talking about the wonderful feeling of Zen you get when everything just feels right and is going your way. I usually feel it when I'm going for a long jog. At some point in the run, I get this extra burst of energy and I just keep going longer and farther than I had planned, all while feeling good. It's also that great feeling when all that you planned to do works out perfectly. It's a perfect day, nothing is standing in your way, everything turns out great. If everyday was the zone, everyday would be wonderful! 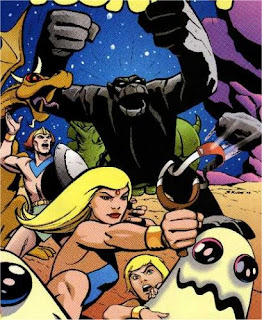 Leader of the Herculoids! The Herculoids are one of my fave cartoons ever while I was growing up. They consisted of this family--the mother, the father, the son--and these animals that lived on this planet. Now, the planet is full of dangerous and exotic beings. But for some reason, aliens were always either attacking the Herculoids or trying to take over the planet. It made you wonder, what exactly did the Herculoids do to piss off all those attacking aliens? And what was so special on their planet that the conquerors and invaders wanted? I certainly don't remember any beach front properties or precious metals or fuel. Was the planet Quasar in the most desirable spot in the space real estate business?

There certainly were a lot of people who went after the Herculoids or their planet. But Zandor, wearing his tiara and miniskirt, always managed to formulate a plan to defeat their enemies. And it usually involved sling shots. What little boy didn't love sling shots? I had one, and you better believe I put it to use taking out soda cans or small birds. I got the cans but the little birds escaped. The Herculoids had more action and drama than all the other cartoons I saw when I was growing up.

It means gentle breeze. I luv a nice, cool breeze on a hot sunny day at the beach. It's also nice to fall asleep in a hammock in the evening with a zephyr cooling you down. But there's another cool Zephyr that I like. It stands out as one of the more fantastically shaped ships in Battlestar Galactica. 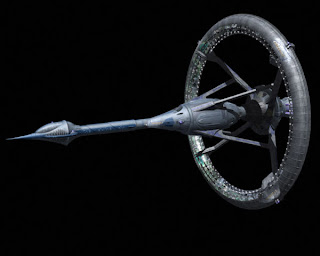 I always notice this ship when they show the fleet. It's a pretty neat design with the spinning circle. Other than Galactica and a Cylon baseship, the Zephyr is easily the most recognized ship in the series.

I'm talking about the dirigible, not the band. I would love to ride a Zeppelin, those big airships. I think they look pretty cool. 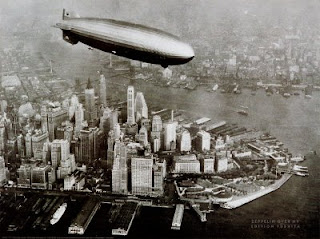 Did you know that the spire of the Empire State Building in NYC was designed to anchor airships? That's pretty neat! A Zeppelin would be an awesome way to see the sights and travel.


Okay, so there was that Hindenburg disaster. 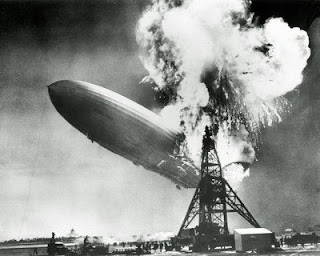 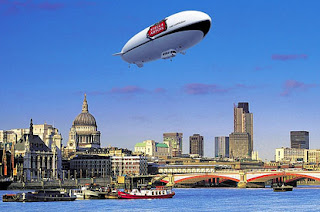 But I still think that airships are cool, and they've made vast improvements in the development and design of the newer airships. That being said, I'd make sure I have a parachute and a life vest before taking off in an airship.

One of the best action cartoons ever! It's probably the only series that I can think off that follows the life of the main character from childhood to adulthood and beyond. I luv the action. I enjoyed the adventures of Goku and his friends. The fight scenes were intense and exciting. I don't think any other cartoon can match that kind of action and intensity. 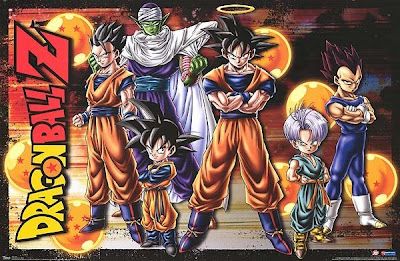 I've been seeing trailers for an upcoming movie based on the cartoon. I just wonder if the movie will stay true to the spirit of DBZ.

So there you have it. Finally, the last letter meme I've been meaning to do. And the letter Z was quite a challenge. I could've listed Zanpaktou or Zoolander; I like watching Bleach, and Zoolander was funny! I could've listed Zippy's restaurant, because I did enjoy their food. But I'm pretty happy with the final list.

You don't have to do this meme if you don't want to; but if you do, use the letter W as in Wanted! Just let me know if you decide to do one; that way, I can come on over and read your top ten list.