While I was recuperating from the cold last week, I decided to flip through some cookbooks to find a new way to make chicken soup.  I figured that chicken soup would be a great addition to my cold fighting arsenal, which included a regimen of cold medicine, some cough drops, and lots of fluids.

Imagine my surprise when I found this little gem at the end of a cookbook:

Surely this recipe is a joke!  You can't have stew without onions and some root vegetables like carrots and potatoes!

I figured, if a little chicken soup can make me heal from the cold, imagine how much faster I'll heal with a large elephant stew!  Of course, the recipe doesn't specify whether I'll need an African or Asian elephant.  I'm assuming with the Asian variety, I'll just be hungry for more in an hour.

Not that I could find any elephants at the local supermarket.  Live lobsters?  Yes.  Hog's head?  Yes.  Kimchi?  Yes.  Elephant?  No.  Not even the local butcher shops carried any elephant.  The only other place where I'm pretty sure they have elephants is the zoo.  And the closest one is about 2 and half hours up in San Antonio.  I wonder if they sell them by the pound?  I don't have a fridge big enough to store an entire 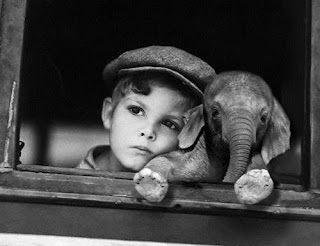 elephant.  I may have to call the Houston Zoo just to compare prices.  I can't help but ponder, do the baby elephants taste soft and tender like veal?

And what kind of side dishes does one have with elephant stew?  I suppose a roasted rhinoceros and a garden salad would go great with the African variety.  As for the Asian elephant, I'd definitely go with some rice and panda pot pie.  But seeing as I've recovered from the cold now, I won't be making any long drives to acquire an elephant to make a stew.

And since I have recovered from the cold, I had no excuse to stay home, and I found myself being dragged to the mall to go shopping with a friend.  I admit, I am not a mall person.  Though, when I was younger, I was thrilled to go to the mall.

Back home where I grew up in a rural town on the remote coast, we didn't have a mall--we still don't have one to this day.  Not that it's necessarily a bad thing.  But I do remember the excitement of the first time I went to a mall--and that was in San Francisco the summer I was visiting my cousins.  I was a small town teen in the big city, and I had a blast hanging out with my cousins, making new friends, and learning all about life in the big city!

For a decade or so after, I loved going to the mall to hang out with  friends--watch a movie, eat at the food court, do some browsing and shopping.  And sometimes, just people watching and cruising from one end of the mall to the other.  All those people, many different faces, the lights, the sounds, the colors were somehow enough to make going to the mall a pleasant experience that begged to be repeated every weekend.  It seemed like that's how we'd spent our days off--going to the mall in the daytime, and going clubbing at night.

But somewhere along the line, I lost the excitement of going to the mall.  Somehow, the people turned into a faceless crowd, the sounds became noise, and the place just felt too much and too little at the same time.  Gone were the lively colors and sparkle that once seemed so vibrant along the paths that led from one end of the mall to the other.  Now all seemed grimy, dirty, and somehow, crowded and empty at the same time.  Somewhere, somehow, I just lost the excitement of going to the mall every weekend.  What was once an anticipated activity is now more of a chore, something done out of necessity, not for fun.

I suppose it could be because I've grown up--I'd never confess to growing old.  Maybe it's because what was once new and exciting has become old and predictable.  Have I become jaded?  Or maybe I've changed and no longer need the mall to enjoy my days off.  Or it could also be that I've found much better deals at other stores and online.  But whatever the reasons, I've found myself shopping less and less at the mall, going only during the holidays for a few times a year.  And I'm fine with that.

So it was with a weary, resigned sigh that I found myself being dragged by my friend from store to store in her search for the perfect dress.  The joy of laughing with my friend and the promise of lunch at the food court were the only things that made the experience go from tolerable to enjoyable.

Somehow, we found ourselves in one of those youth obsessed stores, where the expensive, shiny clothes were for anorexic, skinny people; the young staff was clueless and too busy looking bored to help anyone, practicing their mannequin poses, trying too hard to look cool and nonchalant; and the music was just a tad too loud, making the place seem more like a club than a hip clothing store.

Ordinarily, I avoid places like this.  But it just so happened that right after we walked in and started browsing, the dance music started and it was a song that I liked.  It was a Calvin Harris song featuring Florence Welch, called Sweet Nothing.  I couldn't resist bopping to the song, and pretty soon my friend and I started singing along to the song.  We were having a good time, grooving and singing right up until the chorus, when my friend suddenly stopped singing and dancing and gave me a puzzled look on her face.

She asked me to repeat the lines that I had just sung.  And I complied, "Sweet elephant, sweet elephant, you're giving me sexy elephants."

To which she incredulously replied, "She is not singing about elephants!"

And I argued, "I'm pretty sure she's singing about sexy elephants."

And back and forth we debated until the song was almost over and my friend countered, "Why the hell would she sing about sexy elephants?"

"Because it doesn't make any sense," she replied, "The song is called Sweet Nothing, and she's not singing:  you're giving me sexy elephants!"

I've spent the last few days recovering from an assassination attempt.  It started last weekend when I was enjoying a get together with some friends.  Some were married, a few of us single, we spent the evening discussing everything from politics to pop culture and teased each other on the latest misadventures in our lives.  Gorging on decadent food, imbued by intoxicating drinks, lost in the revelry of mischievous conversation, I let my guard down.  And that's when the assassin struck! 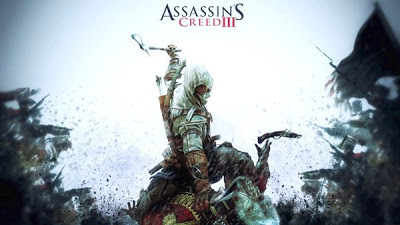 One of my married friends asked me to hold their 3 month old baby while they went to look for their two toddler sons.  Tiny, chubby, cute little bundle of joy and warmth.  His little face was still ruddy from being fussy and crying earlier.  His parents commented that they were just getting over the cold and the baby was doing much better.  And in my arms, he calmed down and laughed as I played peek a boo and made funny faces and noises to get him to laugh and smile, the crowd chuckling along at my efforts, enjoying the delighful sounds of the baby laughing.

And when I put my face up to his, that's when the tiny assassin struck!  He sneezed at me!  A tiny Achoo!  Awww, went the crowd and I, taken in by the cuteness of the act and enjoying the moment.  I blame the alcohol.  Had I been sober, I would've realized the danger that I had been exposed to and perhaps I would've avoided the situation in the first place.

It wasn't until the next evening when I realized that I was the victim of an assassination attempt.  It started with a runny nose; then congestion; then my nose became confused as to whether it was runny or congested.  Sometimes, one nostril would run while the other was clogged up; and then the nostrils would alternate which one was runny and which was clogged up, depending on the position I turned my head, in my feeble attempts to breathe.  The coughing the next morning was the damning evidence that proved beyond a reasonable doubt what I had feared:  I had gotten a cold!

For two years I had managed to survive without catching a cold.  And here I am, starting the new year, struck down by the maddening disease!  And there was only one person who exposed me to this vile illness.  That baby!  That tiny assassin!  With one little sneeze, he has brought me to my deathbed.  Instead of out and about enjoying my days off from work, I am locked up in my home, languishing in exile, longing for the days when I could talk without hacking up a lung or two.  I have coughed so much that my throat is sore and one of my ears feels clogged up.

Going to the store to buy remedies was a harsh reminder of my affliction.  I have been reduced to using the self-checkout aisle, my face covered by my hoodie, keeping my distance from other human beings, like a leper forced into quarantine to avoid spreading the disease to others.  Bagging my own groceries--the horror!  the horror!

But, what does not kill you makes you stronger.  And I am not dead yet!  The only thing that has comforted me in my suffering is the thought of revenge when I fully recover.  No, I do not blame the baby.  He's a baby; he doesn't know how to wash his tiny hands or cover his mouth when he sneezes.  He doesn't know how to keep his distance from the filthy, germ laden public.  Instead, I blame the parents for transporting and deploying that tiny, portable incubator of germ warfare, unleashing him on an unsuspecting public!

Clearly, those parents had attempted to murder my social life, condemning me to spend several days in celibacy and solitary confinement, cut off from adult conversations and interactions, deprived of alcohol and the joy of staying out late with other people--much in the same way having children changes a couple's lifestyle.

I cannot wait to recover.  And the next time I encounter my married friends and their kids, I'm going to feed their kids so much candy and sweets that they'll be too wired up to go to bed and keep their parents from getting any sleep or having any marital relations!  Vengeance!  Vengeance will be mine!  I can't wait for the tiny assassin to start teething and keep mommy and daddy from ever sleeping again!
***Posted by eroswings at 1/08/2013 05:29:00 PM 11 comments: