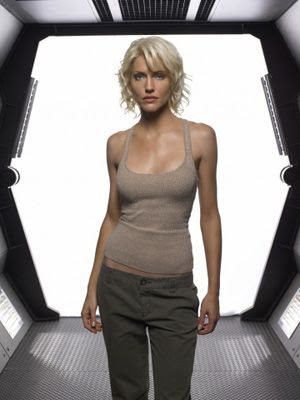 Nor is it about that Spike Lee film, Girl 6--a fascinating glimpse into the complicated, interesting life of a call girl. 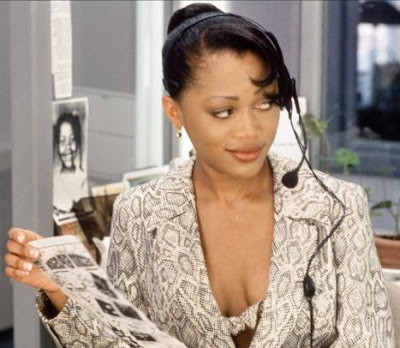 
No, this post is about the last meme on my to do list, the 6 meme. I've done this one before, several times as a matter of fact (List 1, List 2, and List 3). But I don't mind doing it again, seeing as I've been tagged teamed by the fun loving Ponita and the creative Mutley. In fact, I quite enjoyed thinking of things to write down.

Basically, I list 6 unimportant habits or random facts about myself. I had fun doing these before, so here we go again!

1. There are four things that I basically do to relieve stress:

1) I workout (if I have the time)--a nice jog or a swim is great.
2) I drink and party (if I'm off and don't have to be anywhere)--I have fun when I'm buzzed or dancing or just having a good time with people.
3) I cook (when I need to be sober and have to be somewhere)--usually when I have to go to work in a few hours or I have an appointment to keep.
4) I recreate, safely of course.

As you may have notice, they all involve physical activity. I could watch a movie or go to sleep; but I find that when I'm stressed, I'm usually too wired to sit still and I never feel quite rested if I go to sleep. I need to burn off the excess energy, and doing something physical helps me burn off that stress.

When I cook, I usually cook more than I need. I like having enough leftovers to last me a few days so I won't have to cook again. Also, I like to use the leftovers to make different meals for the rest of the week.

I get creative with meals, always experimenting with different flavors and combinations. Sometimes, I succeed, like using lime chicken to make enchiladas. Those came out great! Sometimes I fail, like the soy sauce pancakes that turned out horrible, no matter how much sugar or syrup was added. Those tasted awful! But it's the thrill of creating something new that makes cooking so enjoyable to me. Also, I like to eat, and it's fun to share a cooked meal with one or a few.

3. One of my favorite things to do is watch a movie or tv show, and then try to figure out if I've seen the actors in another project before.

It's almost like playing 6 degrees of Kevin Bacon, where you try to connect the actor to Kevin Bacon using 6 actors or less. Want to connect Tricia, Lucy, and Bruce to Kevin Bacon? All it takes is one person. Jeffrey Donovan, who stars in Burn Notice, was in the movie Sleepers, with guess who? Kevin Bacon!

I like the savory, salty crunchy sensation of potato chips. I can't remember the last time I bought cookies to eat, but I have to remind myself not to buy any more potato chips every time I go to the store. I suppose I've always preferred the savory stuff. I mean, when I eat dinner, I look forward to the main course, not so much the dessert. I'll eat dessert if it's there, but I won't miss it if I don't have any. I rarely make any dessert, unless I have people coming over or I just get a craving for something sweet. But when that sweet craving hits, I usually make a meal out of the dessert and nothing else.

5. I like to leave the plastic protective covers on the stuff that I buy, just to see how long they'll last before the wear and tear takes a toll on them.

In fact, I still have the clear protective plastic sticker on my car stereo with instructions on loading CDs. I also still have the plastic cover on the keypads of my microwave. It drives my friends crazy because they just want to rip off the plastic, and I enjoy watching them squirm, clearly bothered by the plastic. Mwahahahahaha!

I had the clear protective plastic cover on the top of my laptop for several years until I took it in the shop for repairs. It was the first thing the tech removed, because it was distracting him. I got a discount on the repair.

6. I tend to keep items if they are still working.

I don't like to throw things away. Of course, this means that I have amassed quite a collection of outdated items. For example, I still have a word processor that uses floppy disks! And it still works! I also still have the old printer that I use to print out papers from the word processor. This printer is so old that it doesn't have a usb port! It has the old parallel connections for cables that you have to screw in!

I also still have an old stereo system with a dual cassette player and 5 CD changer. I've had it for over ten years! And it still works. Plus, I still have cassette tapes! Most of them have faded over years from repeated use, but I still have them. I'm not sure if I'm going to buy any more CDs, seeing as I've been downloading mp3s a lot over the past few years. That way, I just download the songs that I like, rather than waste money on a CD that only has 1 or 2 good songs on it.

I still have the old hard plastic touch tone phone, the kind that you can slam the receiver down hard and won't have to worry about it breaking apart! No batteries needed; just a line directly from the wall to the telephone. It still works, and I like that it's so hardy, not flimsy and fragile like the expensive cordless phones. I like that it doesn't need any batteries and in the event of a blackout, I can still make calls, so long as the phone lines remain intact! Can't do that with a cordless!

But it's not just old working items that I keep. I also have a collection of perfectly fine appliances that I've gotten as gifts and never even used. For example, I was given a rice cooker/steamer; it's still in the box with the pretty bow still attached to it. Never even used it. I still boil rice in a pot on a stove. It works for me. I was also given a classic drink mixer to make smoothies or sauces or milk shakes. That, too, is still in the box. I'm not really a smoothie person. And the closest I've come to making a milkshake is just melting ice cream in a cup, then drinking it. They're lovely gifts, but I've not really found a reason to put them to use when the methods I use work just as well. Still, I like having them. They were very nice presents, and I appreciate the thought that went into them.

And that's it, the 6 unimportant habits or random facts about me. Pretty boring, huh? :) Well, this was fun. Now, usually, I'm suppose to tag people to do this, but I never do. In fact, you don't have to do this. But if you're interested in doing one, just let me know when you have it posted so I can swing by and read it.