What you C is what you get, the end.


This is the last post in my long overdue final list of my favorite things that begin with the letter C. It's not that I ran out of ideas or was blocked on what to write. In fact, I had too many ideas & lost myself in an epic writing spree that led to so many thoughts & stories that weaved into each other & took me to places & thoughts I had long forgotten. If I had stuck to my goal of keeping these lists short--which I have spectacularly failed at--I would've posted what I had written two weeks ago.

But it felt incomplete & I was seized with the desperate need to keep writing, to keep riding this tsunami of thoughts that started from a mind shattering earthquake of an idea. And in the wake of the inevitable violent clash between rushing, thunderous thoughts against the constraints of time & expectation, the limits of the platform chosen to deliver these thoughts & ideas, I am left with an expansive, overwhelming challenging of sorting through the massive impact & stunning results, trying to figure out where to go from here.

The runaway writing has yielded enough material to make over a dozen posts, yet truthfully, I can only share two freely. The rest is too raw, too much, too personal to share. Yet they are so real & so essential to who I am, parts of me that I had long forgotten & never want to let go. So I wrote them down to remind myself of who I was, who I am, & who I want to be.

Though I had not meant to find them nor was I aware that I had lost them, the writing fever had led me find & rediscover the parts of me, pieces of my soul, that I had forgotten. In my writings, I had found my essence. And I'm not sure if I'm ready to share those pieces of me, to reveal more of my soul, to embrace once more those jagged shards of memory that cut deeply into the heart, to let it bleed with pain & longing, so that I may remember who I was, who I am, who I can be, and be made greater, for better or for worse, complete & whole once more.

And over the course of these writing exercises I've learned other powerful, universal truths, that C is Change, C is Constant, C is Chaos, C is the speed of light (E=mc^2), C is Core, C is Comprehension, C is Completion.

But I had made a goal to finish this list, & that is what I aim to do. I like to finish what I started, & finish this I will. So here it is, my final two favorite things that begin with the letter C.

I will admit that I had an alternate list of two other things that begin with the letter C. It was a backup, just in case I decided not to share my original writings. The alternates would help finish the list & let it be. And here are the two alternates, & I feel that they are important enough to share:

Cartoons: Why? Because I've loved them since I was a kid, for their ability to make me laugh, to imagine the possibilities, to take me to other places, to escape, to just enjoy being entertained for a little while, especially when times got rough.

I'm only going to mention a few of my faves since I've been an adult: 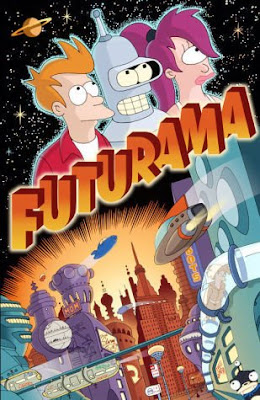 Futurama -- The hilarious, smart, silly, satirical, insightful & at times, incredibly heartbreaking story about the life of a modern (1990s) pizza delivery boy who is accidently(?) frozen & wakes up to life & society 1000 years later. His adventures & experiences made for compelling storytelling as you could not help but feel for his character & the people/aliens/robots around him.

The brilliant & hilarious mix of science & humor & heart is the genius & soul of the show. This show will make you laugh, & the heartbreaking parts will move you & may make you cry. But overall, this show will also make you feel hopeful. It was the best & most entertaining animation series aimed at adults, & I still love watching reruns.

The Venture Bros--A riff on the old Johnny Quest action adventure cartoons, the Venture Bros is an insanely funny, crazy, over the top, ridiculously entertaining satire on the old action cartoons & comics, & its mad take on culture & reckless & innovative reinterpretations of heroes, villains, & rogues archetypes & the reexamination of their relationships, make for riveting, addictive entertainment! Just when you think it can't get any crazier, they find a way to take the madness & chaotic action up a whole other level!

If you've ever suspected those cartoon characters from the 50s, 60s, 70s, & 80s were on drugs, promiscuous, recreational & social deviants doing immoral, illegal, irresponsible obscene adult activities, they probably were, & this show runs brilliantly with those taboo ideas! This cartoon is NOT for children nor those with delicate sensibilities! ﻿﻿﻿﻿﻿﻿

Adventure Time--This is the most imaginative, epic, silly, smart, innovative, & creative cartoon show that I had ever seen. It is a cartoon for children, & the first season & lots of episodes demonstrate this through the stories & crazy adventures of Finn, the last human, & Jake, the magic talking dog whose family adopts Finn. They live in a tree house mansion, formerly owned by the Vampire Queen, with BMO, the cute childlike robot, & other neat characters. The second season starts to develop these amazing, intriguing stories & weaves them into mind blowing arcs that totally changes the perspective on the characters & past episodes & random events. The characters & their surprising relationships are redefined & the post apocalyptic, post human world is expanded exponentially & continuingly evolving.


Children & adults love the crazy, hilarious adventures & awesome characters. But adults will appreciate the experiences of Finn, as he grows up in this seemingly bizarre world, yet still undergoes the pains & awkwardness & challenges of a teen growing up on his way to being a young man. As he grows from young teen to young adulthood, Finn is learning that the world isn't so black & white, there are shades of gray, & there are more colors in the world than he could possibly imagine.

And I'd like to add that for pure joy, laughs, & entertainment, I love The Amazing World of Gumball--a hilarious look at the life & adventures a weird, crazy, loveable bunny, cat, & fish family in a bizarre world full of odd, outrageous characters & ridiculous yet entertaining storylines. And in that same vein, Regular Show--the crazy adventures of two animals who're park workers in an over the top world of anthropomorphic animals, objects, & alien & supernatural characters engaged in blockbuster action.

Cartoons are a fun way for me to be entertained. And the real good ones not only make us laugh, but they make us think & see the world in a different light.

Cruising is my final alternate favorite thing that begins with the letter C. And by cruising, I mean going for a joyride, & that includes cars, boats, & even horse drawn carts. I love taking cruises on cruise ships, too. Who doesn't enjoy  going to several, different, fun places & have the hotel actually take you there, all while stuffing you with buffets & keeping you entertained?

But I'm talking about regular joyriding cruising, just driving around for fun. One of my favorite memories & early experiences is riding in a truck. This was back in the days before child seats, so I remember it felt wonderful sitting next to my mother & feeling the cool breeze blow on my face from the rolled down window. I felt serene & euphoric. And when I was old enough to ride in the bed of the pick up truck, it felt amazing to feel the wind blowing against my body as we cruised the lonely roads along remote, hauntingly beautiful places. Mind you, the top speed limit on these roads was usually 25 miles per hour on the winding roads, & 35 miles per hour for a very brief time on the only real straight, well paved section of the road for miles around.

There's a magical feeling that comes from cruising in the back of a pick truck. It feels exciting & peaceful & wonderful at the same time, almost as if I'm flying & I'm being taken to an amazing place.

When I was growing up, most people wanted to learn to drive. My brothers, my sisters, my friends, pretty much all the kids I knew wanted to drive. Except for me. I didn't really care if I learned how to drive. I didn't want to drive. In fact, I'd rather just ride, & I preferred to be driven around. Why? Because I enjoy joyriding! Also because I'm lazy & I want to be chauffeured around like an important person.

To this day, when I carpool, I don't mind letting others drive, even if it's my car we're taking. And I hate driving in the city! All that traffic jam & rude drivers & hectic roadways make for a very unpleasant experience. Surprisingly, I love long distance hauls when I'm by myself. I genuinely enjoy hours of long drives, crossing state lines & watching the landscape change as I pass through different climates & various regions with differing environments. As long as I have good music & good weather, I can drive for hours on the interstate. But still, the most enjoyable thing for me in the car is a nice joyride.

Courtesy is one my favorite & most important things that begin with the letter C. Plain & simple, courtesy is being polite, saying please & thank you. It is a very important sign of respect & class.

These days, there's not a lot of courtesy. People are either ignorant, having never before learned to be courteous, or they're just awful rude jackasses. And I can't stand rude people, & I have no patience for them, & I'm less inclined to deal favorably with them.

Courtesy makes social interactions pleasant & easy. Courtesy puts people at ease. Things get done a lot faster & people work better together when they are courteous to each other. Strangers break the ice faster with courtesy, & friendships begin by being courteous to others.

Courtesy shows others that we respect them & we respect ourselves. Courtesy shows that we have class, that we have manners, & we are dignified, respectable, genuine, & are thoughtful, confident, intelligent individuals. Courtesy is charming, cordial, charismatic, & captivating. Saying please & thank you reminds people to be grateful, be kinder, & be more aware of their actions & effect on the people around them & the world. So, thank you for reading this, & thanks for your thoughts & support.

Character is of the utmost importance. Character is made up of the mental & moral traits unique to each individual. Character is the essence of a person. And the values a person exhibits & practice reveal the character, the true nature, of a person.

Many values & characteristics make up a person's character. And among those values that I respect are loyalty, trust, honesty, & courage. I cherish caring, wisdom, & bravery. And I admire mercy, compassion, & tenacity. Courtesy & respect, patience & altruism are characteristics that I hold in the highest regard. And of all the qualities & values a person can have & show, the most important are kindness & generosity & love.

1. The parts, the substance, the materials that make up the whole body of a work, a creation, a product.

And with that the C list is now Concluded & comes to a Close.