Day 16 of the London Olympics was the last day of competition, and it was also the finale of 16 wonderful, amazing days of competition. 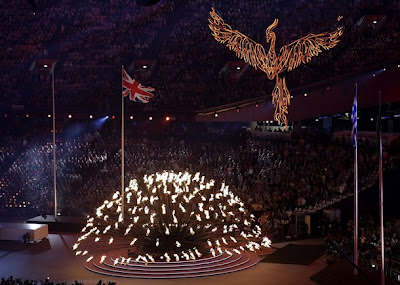 And on this last day of competition, the athletes closed the last events in style and top form.

No surprise that the USA men's basketball team won gold. It kind of isn't a fair contest when the top players of the sport belong to one country. What was surprising was just how close the game was, given how Spain was on the US team's heels every step of the way. Spain gets silver and Russia takes bronze.

No surprise on the women's side, as the USA women's team take gold, remaining champions since Barcelona 1992. France takes silver; Australia, bronze. 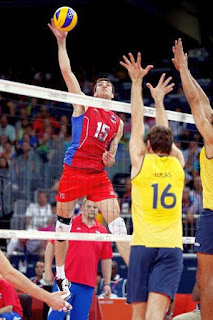 But a big surprise over at men's volleyball, where Russia pulls of an incredible comeback, from a losing 2 sets in the beginning to winning 3 out 2 to claim an amazing victory over heavily favored, defending Beijing champions Brazil. Once again, Brazil was so cocky, thinking they were going to win, in the third set at 22-19, they brought in their retiring, injured captain off the bench to play what they thought would be the winning set. How arrogant! But the Russians dig deep, and fight back to stay alive in the third set, and then go on to win the next two sets, stunning Brazil and sending fans into a frenzy at the most amazing comeback! Brazil was unable to stop the Russian momentum and have to settle for silver and Italy, bronze. What an spectacular win for Russia. 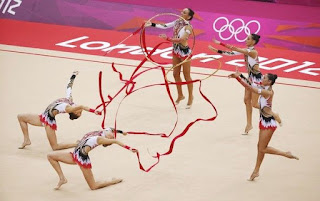 And the wins keep coming for Russia, as the they take gold for the fourth Olympics in a row, since Sydney 2000, in Team Rhythmic Gymnastics. World champions Italy was my favorite performance--who doesn't love a team who dances to theme song from the Lone Ranger (aka the William Tell Overture)? But they lost the chances to gold, by dropping their ribbon baton, opening the way for Belarus to take silver, leaving Italy the bronze.

American Jacob Varner took gold in the men's 96kg freestyle final, leaving Ukraine's Valerii Andriitsev the silver. It is the second gold in wrestling America has won at these games. Georgia's Georgi Gogshelidze and Khetag Gazyumov of Azerbaijan took the bronze medals.

A big upset for Kenya as Uganda's Stephen Kiprotich won the Olympic men's marathon, beating Kenya's Abel Kirui, silver, and Wilson Kipsang, bronze. It is Uganda's first and only medal at these games, and what a way to win it, on the last day of the games, beating out heavily favored Kenya. It is also Uganda's first gold medal since Munich 1976.

Reconition must be given to the drug testing and regulating officials in the London Olympics. All ready, several athletes have been disqualified for cheating, such as Belarusian women's shot put gold medallist Nadzeya Ostapchuk who has been stripped of her title after failing a doping test; which means New Zealand's Valerie Adams, defending Beijing champion, gets gold; Evgeniia Kolodko of Russia, silver; and Lijiao Gong of China steps up to the podium for bronze. Let's also not forget those cheating badminton players for those Asian countries who literally played bad matches as a way to get into easier draws to get into medal contention. I'm so glad they got kicked out of the game, and some have been dropped from the league all together. It is an insult and an embarrassment to come here to the world stage of the Olympics and try to cheat your way to win. It says a lot about your character, that you are a loser and a cheater, and you are a great embarrassment and disgrace to your country and to your sport. So a big congratulations and job well done to the officials for keeping the games clean and fair.

And it's all over. What an incredible, amazing sixteen days of competition has it been for these London Olympics. 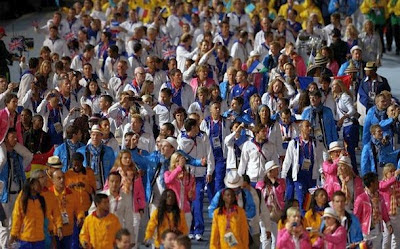 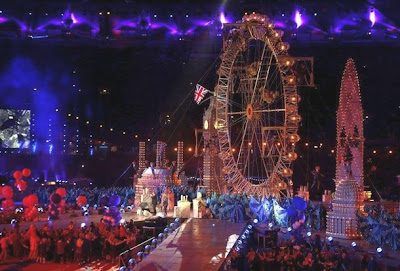 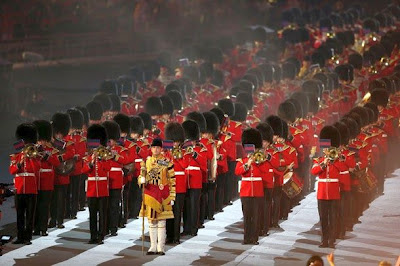 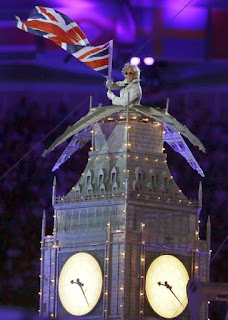 What a fantastic closing ceremony! It was an incredible exhibition of British music, fashion, culture, and achievement. I quite enjoyed seeing Annie Lennox, George Michael, and so many other icons and stars of British music. 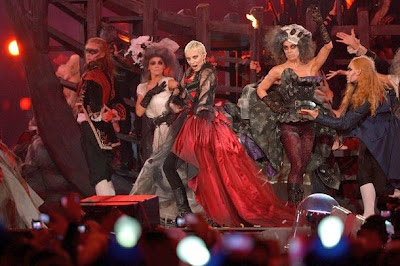 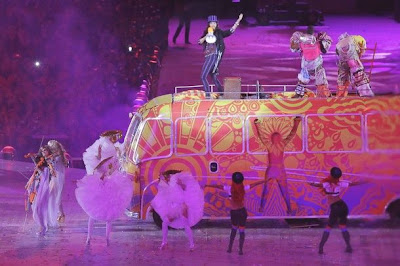 Shooting a man out of a canon, rollerskating nuns, laughs, lights, and loads of fun, it was a fun, frivolous, and fabulous way to end two weeks of glory. Thank you, London for doing an outstanding job, hosting the Olympic games and doing an astounding job of making it all happen. Thank you Great Britain, for welcoming us into your home. We have thoroughly enjoyed our visit and we've been thrilled with all we've seen. And thank you volunteers and soldiers, for keeping us safe, for creating an extraordinary extravaganza, for making the London Olympics one of the best Olympics ever! The torch has been passed to Rio for 2016. But it's not over for London yet. In two weeks, we will witness some of the greatest athletes ever compete on the world stage. The Paralympics is coming home to London! And we will be cheering on these heroic, astonishing athletes as they begin their quest for gold and glory. And I can't think of a better stage to perform their feats of greatness than in London. Truly, Great Britain is a great nation of great people. Thank you for having us. You've done an amazing job! 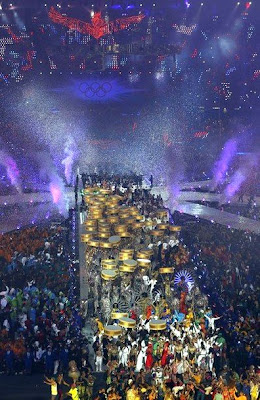