The lovely and scintillating Scarlet Blue asked me to do a meme on the ten experiences that I would not want to repeat. I had a hard time narrowing it down, as I've had lots of experiences that are definitely not worth repeating. In fact, some would best be forgotten, except I'd like to think that I've learned something important from them--such as, don't do that again!

I've spent about two weeks trying to make this list; I keep changing it. But for now, I'm going to post what I have so far. I'm going to share 5 of the experiences I would not want to repeat again, and I'll share the rest later this week.

So here they are, the five of the ten experiences I would rather not repeat:

I was at a movie matinée with some friends. There were problems with the film; it stopped three times for several minutes. The manager offered to refund our tickets and gave us coupons for free snacks. We switched our tickets for another movie and I cashed in the coupons to feast on a 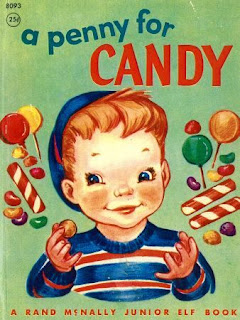 pound of gummi bears and a pound of chocolate covered raisins. I was in delicious candy heaven!

Later that night, I had a terrible stomach ache that kept me awake til the wee hours of the morning. I felt sick and awful and swore to myself that I would never eat again. The next day, I only stuck to sips of clear liquids. I don't remember the movie we saw, but I do remember the pain from eating too much candy, so I learned my lesson. Don't pig out on junk food at the movies.

I'm talking about my first job after college. I was so accommodating to my co workers that I started covering for some of them. None of them offered to work for me so I could take a day off. I kind of had the feeling that some of them were taking advantage of me, having me do their work for them. But I was getting paid overtime for all that extra work, and I liked the overtime.

Then I covered for three people and ended up working 11 days in a row! I didn't even realize that I was working 11 days straight until that last day, when I was excited to finally have a day off. All I did was sleep on my day off. Then it was back to work for another five days. I was feeling tired and disagreeable; I was getting burnt out. That's when I realized that I needed to say no if I wanted to have a life outside of work. Now I'm not afraid to say no at work. I work hard, so I play hard when I'm off.

I usually leave the blinds open when I need light and close them if I want to keep out the heat or it's night time. At one apt that I lived in, I had gotten lazy and didn't close the blinds when it got dark. After taking a shower before bed, I walked towards the living room to turn off the lights and make sure the door was locked. Then I realized that the blinds were still open. As I reached up to turn the blinds close, my towel dropped, and suddenly, bright lights poured in the windows from the neighbor's car out front. I stayed there like a deer in headlights, not moving for a few seconds, shocked, until my brain finally snapped to attention and sent a message to my hand to close the blinds. I'm pretty sure the neighbors saw me nekkid.

Luckily, my lease was up at the end of the month and I moved somewhere else. Nowadays, I make sure the blinds are closed before walking around in a towel. Of course, there have been a few days when I wander around in my underwear, before I realize that the blinds are open and people passing by can see me! Those peeping bastards!

I remember the first one. Okay, when I first started seeing her, I didn't know she was married. And when I found out, I admit that I was shocked and disturbed to realize that I was seeing a married woman! I was an adulterer! In Biblical times, they stoned adulterers. Still, as dirty and ashamed as I felt, I was also having a good time. And even though a small part of me knew that it was wrong, I kept seeing her because it was fun and exciting. To be honest, that first time made 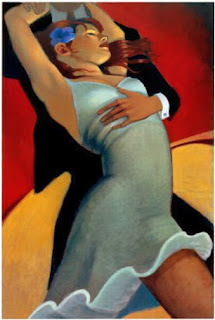 it easier for me to see other married women. I didn't actively approach them, but I never refused their attentions when the mood struck me. And truthfully, it was fun for a while.

But the good times came to an end, when an angry drunk and his friends attacked me at a bar. He threw a punch, but I ducked, then I suckered punch him. His friends started throwing punches and my friends fought back. We had to flee when we heard the cops coming. I ended up with a cut on my left cheekbone, raw knuckles, and my favorite shirt was torn. I found out the next day that the angry drunk was the husband of a woman I was seeing. That's when I came to my senses. I stopped seeing her. It wasn't worth the drama and danger to fool around with a married woman. And I felt guilty about the whole thing. For the next week, I had a huge bruise on my left cheek that reminded me of my shame every time I looked in the mirror--it was like my very own scarlet letter.

5) Wearing Velcro board shorts to the beach.

I'm old school when it comes to swimming trunks. I prefer the ones that have a drawstring waistband. But I tried to get with the times and bought a new pair of Velcro fly board shorts. My mistake was not trying out the shorts before my vacation. I should've taken them out to the beach first to see how they handled in the water. Instead, I wore them out for the first time while on vacation, surfing with my brother and some friends. It was fun at first, riding some of 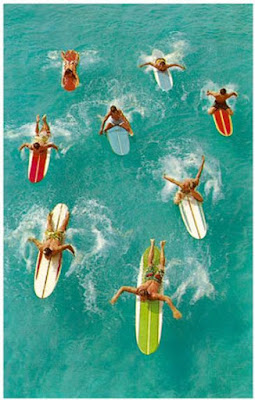 Then I wiped out. And when I came up for air, it took me some time to realize that my shorts were gone! The wave had knocked the shorts off me! And while I was busy spending the next ten minutes hunting for my shorts, my board strategically placed in front of me to shield me from the public, my brother and friends were laughing out loud at my predicament. Bastards!

And that's half the list for now. I'm still working on the other half, but I'm pretty confident that I'll be able to put it up later this week. I keep changing my mind on what I wanted to list as an experience that I don't want to repeat. There have been many, but I'd like to think that I've learned from them. And hopefully, I'm a lot wiser for having them.

Related Links:
The Boys of Summer
Brothers and Sisters
I say again, once was enough
The Good Intentioned Samaritan
The thing about fathers
Veterans Day reflection
Soda Pop