I love listening to the lectures and informative talks about how we can save the endangered sea turtles and protect and revive our environment. Dr Donna Shaver gave a very interesting and important talk about the efforts to save the endangered Kemp's ridley sea turtle and the numerous organizations and volunteers that make it possible. 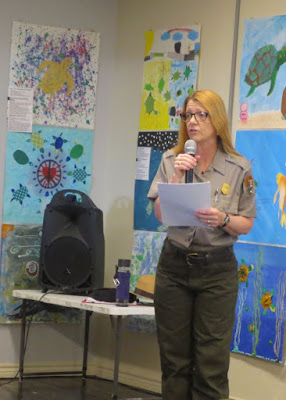 Shelby, the Padre Island National Seashore mascot, swearing in a new group of Junior Rangers, who promise to protect and do their best to help the environment and wildlife.

What was wonderful about this release day and celebration of 40 years of the saving the Kemp's ridley sea turtle program was not only we got to see the hatchlings get released in the morning, but we got to see the rare event of rehabilitated, bigger turtles, juveniles and adults who were injured and ill, get released after recovering at special care facilities. So many organizations who work with the National Park to protect, save, and heal the turtles showed up with lots of turtles we got to see up close and cheer as they took the water. There were green turtles, loggerheads, leatherbacks, Kemp's ridley, and the hawk's bill sea turtles. 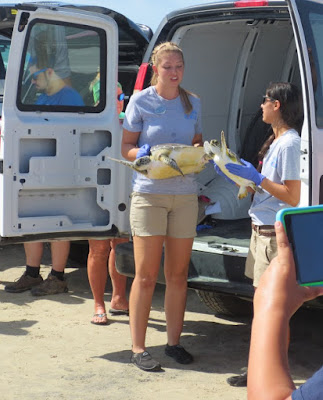 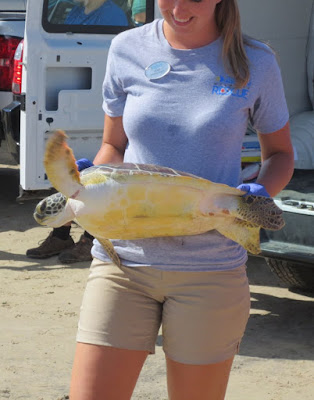 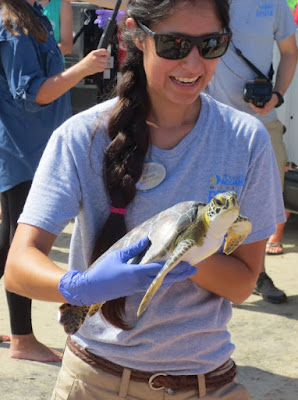 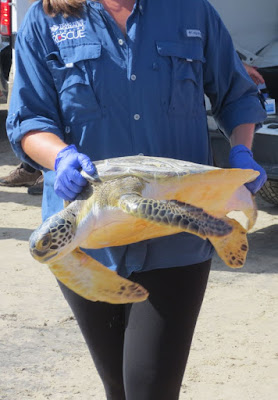 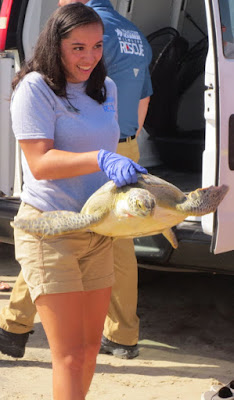 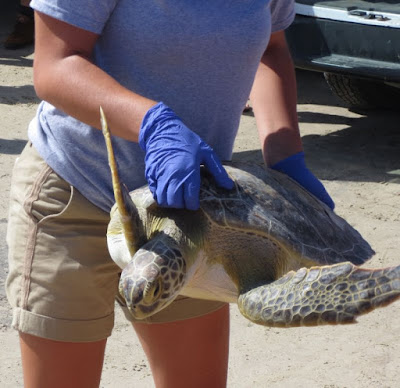 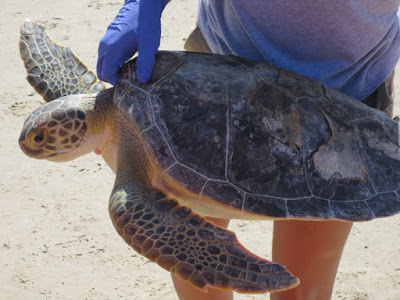 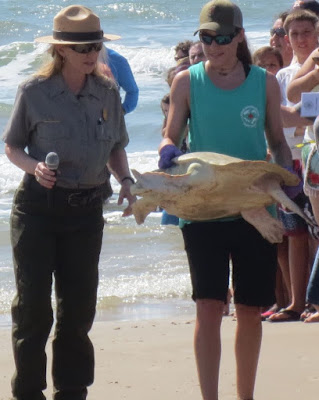 These turtles survived injuries from shark attacks and illnesses and accidents. But they've been successfully rehabilitated and healed. 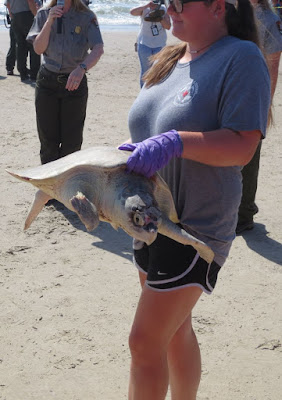 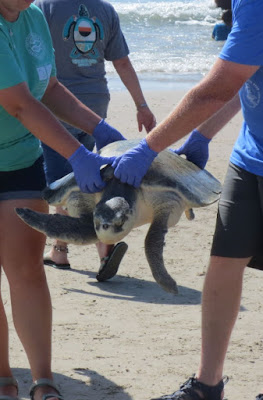 A few of them had only three flippers left. But we were assured by the experts that even with just three flippers, these turtles can and do thrive and survive in the wild. Some even returning to nest on these protected shores. 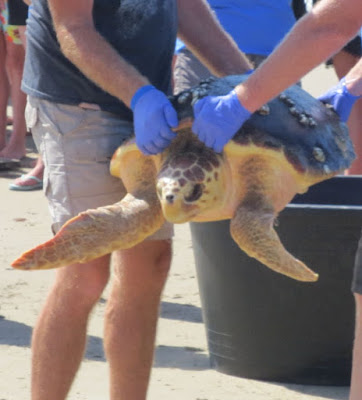 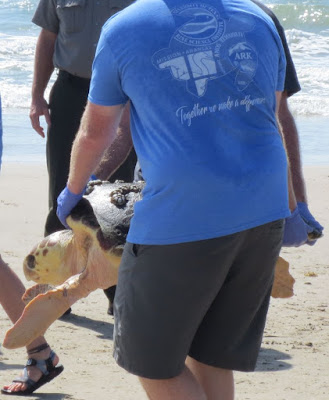 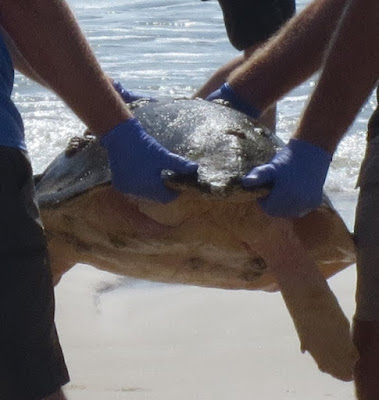 I have added some videos from 14 July 2018 Saturday that show the release of the rehabilitated sea turtles back to the sea. The vids are 21MB to 48MB in size. The pics above show the same turtles, so the vids are just a bonus, not a necessity.

Here are some short vids of cute and indefatigable turtles, survivors of injuries, illnesses, and harsh weather and predator attacks. They are living proof of the power caring and the will to survive and thrive. (21MB)

This feisty turtle was discovered as being stunned from the cold, so he couldn't swim and was in danger of dying as his systems were shutting down from the very cold temperatures. But he received great care and has healed and is ready to get back to the sea. Look at his energy! He is ready to go!
(20MB)

This fighter survived a shark fight! He lost his rear right flipper, but he was rescued, rehabilitated, and he is ready to get back to the sea. We were informed by the experts that even with just three flippers, sea turtles can and do thrive, reproducing, living long lives, and be just as active and healthy as turtles with all limbs. This fella has loads of energy and he is awesome! (48MB)

It was wonderful and uplifting to see this adult turtle, who has lived so long to have barnacles grow on its shell, recover and regain its strength and swim back out to the sea. (30MB)


Goodbye and Good Luck, Turtles! May good health, good luck, and good stewardship see you all live for over a century or two. Long may you swim happily and vigorously in the sea.

It was amazing and wonderful to see all these rehabilitated turtles survive and thrive and take back to the sea. I wish them well and hope they will live long, healthy lives. Sea turtles have been around for millions of years. Humanity is a newcomer, only less than 200,000 years on this world. Yet, our impact over the last hundred years has decimated the species and led to the extinction of of so many.

There is still time to save the endangered species. There is still time to protect our world. We only have one Earth, one planet, where we can live. This is it. We have to take care of it if we want to continue to live on it. We have to care about our world and all the species in it. Because if we don't, who will? Life will go on, with or without us. I would rather be here and be a part of life on Earth. I want to behold and witness and be a part of all that makes our world a beautiful, magnificent, and amazing place.