For as long as I can remember, there have always been members of my family in the military. Some joined out of patriotism; others were drafted; some joined for the opportunity to get ahead in life. When war happens, it happens close to home. I've never truly met anyone who was anti-soldiers. Even anti-war activists want to bring soldiers home safely. I think most people are actually supportive of military members and their families.

A few months ago, I got a call from a friend who was visiting our old hometown. I'll call him Swat, because he's in law enforcement. I expected him to tell me about the changes in the old neighborhood and what happened to old friends. He did that but then he relayed a request. The mother of an acquaintance wanted to know if I could say something about her son. He had passed away in the war in Iraq and the funeral was scheduled for later on in the week. I was a dumbfounded, because I didn't know her son had passed away. And I also knew that there was no way I was going to make that funeral, because it was too far away, and I would never make it in time, much less afford the ticket home on such short notice.

I was kind of surprised at the request, because her son and I weren't really friends. In fact, we didn't really hang out. We only met the last year of high school when he moved into town. I tried to be nice to him, but for some reason, he was just unfriendly, at least towards me. I'm not exactly sure what I did to piss him off, but he was not happy with me.

He was from the big city, and often bragged about how it was so much better than our small town. I'll call him Twit, because he was a jack ass and would not shut up about how he was somehow better because he was from the big city. I just learned to ignore his rants, and ignored him all together when he wouldn't even return a greeting. Some people aren't friendly, I suppose. I didn't realize I was his enemy until Swat told me.

Swat had a pickup truck, and a bunch of us used to go riding around in it. One day after school, were hanging out in the woods when Swat told me that the new kid, Twit, didn't like me. Twit thought I was a snob, and I was surprised, considering how I was one of the first people to welcome him to the neighborhood. In fact, I was one of the friendliest kids around. I helped him find his classes and introduced him to the rest of the neighborhood. Swat laughed and told me, it's probably because I didn't show interest in Twit's tales from the city. And I replied, well, they were stupid stories, and he really hadn't done anything to impress me.

If Twit didn't like me then, he was really pissed off when he threw a party. I didn't realize he was having a New Year's party, because I wasn't invited. But he did invite all my friends. Some turned him down; the rest said yes, but didn't show up. Instead, we did what we usually do for New Year's: have a bonfire at the beach. After a few drinks, I asked if anyone had invited Twit, but my friends started laughing and told me about the party and how I wasn't invited. I was like, eh, no big deal to me; it's his party, he can do whatever he wants.

A few people did show up at Twit's party, but they eventually left to join the rest of us at the beach. When Twit found out about the bonfire the next day, he was furious, and he blamed me. Apparently, he thought I had told people to stay away from his party. Unfortunately for Twit, he was the one trying to tell people what to do. And he found out that when it comes to friends, mine are loyal and stay true. He couldn't say the same.

I wasn't sure how I should be feeling at news of Twit's passing. It's not like we were friends, and I haven't given him any thought since leaving home. So I asked Swat why would Twit's mother ask me to speak at Twit's funeral. Swat said it was because she was under the impression that Twit and I were friends. She remembered what a nice boy I was to them when they first moved into the neighborhood. Huh, I thought. Then Swat continued that Twit's mother had seen the video of my cousin's funeral, and she liked what I said about my cousin. Ah, I thought.

The month before, I attended my cousin's funeral. He died fighting in Afghanistan. He was a few years younger than I was. And I cried when I heard the news of his passing. During his last year in high school, I asked my cousin what his plans were. He said he was joining the military, to get the GI bill to pay for college. I tried to tell him to apply to college, and I would help pay his expenses. He refused my offer, saying he wanted to make it on his own. I respected his choice, but I tried to talk with him about what his choice really meant. I was afraid of the dangers of war, and he and I knew of the sorrow and hardship often borne by military members and their kin. But he said he was aware of the sacrifice and dangers, and I needed to let him be his own man. Well I cried at his funeral. And I spoke about how much I loved him, how much I missed him, and how proud I was of him.

Thinking about my cousin made me realize that I didn't need to be friends with Twit to say something nice about him. I told Swat that I wouldn't be able to make Twit's funeral, but I would send flowers, of course. After hanging up the phone, I sat down and wrote a letter to Twit's mother. I wrote about how proud he was of where he grew up, and how brave he was to serve his country. Twit was strong, courageous, and he gave his best to protect the people he loved and the nation he cherished. His sacrifice is greatly appreciated and will not be forgotten by a thankful nation and the people who knew him.

Today is Veteran's Day, dedicated to all veterans, present and past.

Thank you for your service.

Thank you for your sacrifice. 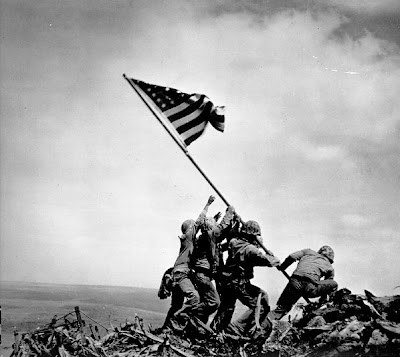 Related Links:
Hope is a yellow dump truck
Shoes
Holiday Dismay
Are you there, Santa? It's me
It's the Most Stressful Time of the Year
The thing about fathers
Best Laid Plans